The weakest link in the E21 failed on me tonight. A lot of electrical components run through the hazard switch (it has 8 connections on the back). When the switch fails, it’s a brownout for your E21. Luckily I was carrying a spare.

I also have a short somewhere that pops fuse 17 and I don’t know if the failed hazard switch is related to it.

I went to dinner tonight and left the car in reverse when I parked. When I started the car it cranked longer and when it finally started the hazard lights were flashing. My voltage gauge was flickering between 10-14. Now that I think about it, the door buzzer was not working when I opened the door (runs through fuse 17).

With the hazard switch malfunctioning, and fuse 17 blown, I lost the front parking lights, turn signals, instrument cluster lights, digital clock, door buzzer, and interior lights. The headlights and taillights still worked though so I was able to make it home at dusk.

Luckily after reading the frustrations of other E21 owners I bought a cheap replacement switch to carry as a spare. I popped the new switch in and replaced the fuse and all was good. It’s easy to replace the switch from the top. I put the original switch in as a test and the fuse blew again. Problem solved? Was the switch the source of my fuse 17 issue all along?

Update: I found a short in my interior roof light, probably contributing to the failure of the hazard switch and the blown fuse. 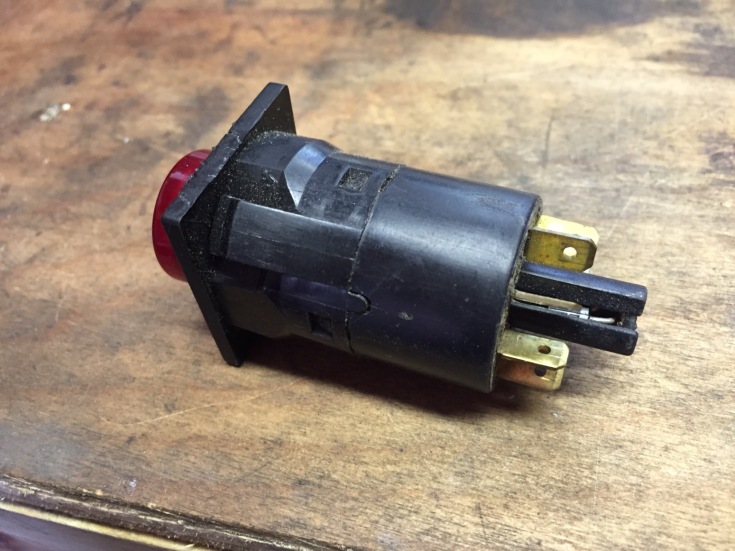