There are many front spoilers for the E21. My favorite is the iS air dam that came on the 1983 320is model. It is similar to the Alpina front spoiler but without the ducts in the bumper. It sits 3″ lower than the stock valence, which sits pretty high anyway.

I’m not really sure what I like most about it except that it’s a factory sport design and it won’t be mistaken for something it is not.

iS spoilers are no longer available from BMW. But they show up occasionally on forums and eBay, which is where I found this one. It was even painted Polaris Silver like my car. It was missing a mounting stud and had a lot of paint chips and paint cracks. But $100 seemed like a good deal.

iS parts are not in the BMW parts catalog so there’s no way to look up the hardware. The two center mounting holes lined up with the existing valence screws on the car. They would just need to be longer. I only need to drill holes for the new screws. This was pretty easy with the two center screws installed.

I would need to drill four new holes in the existing valence. The two outer studs secure with nuts. The two inner screws use the existing speed clips in the valence. The last two screws are the same size as the center but will install with new speed nuts and fender washers.

During my test fits it seemed like the outer ends of the spoiler would not be flush with the bodywork. The outer studs are built up with a “spacer” so that it does sit a certain way against the body. But it left quite a large gap: 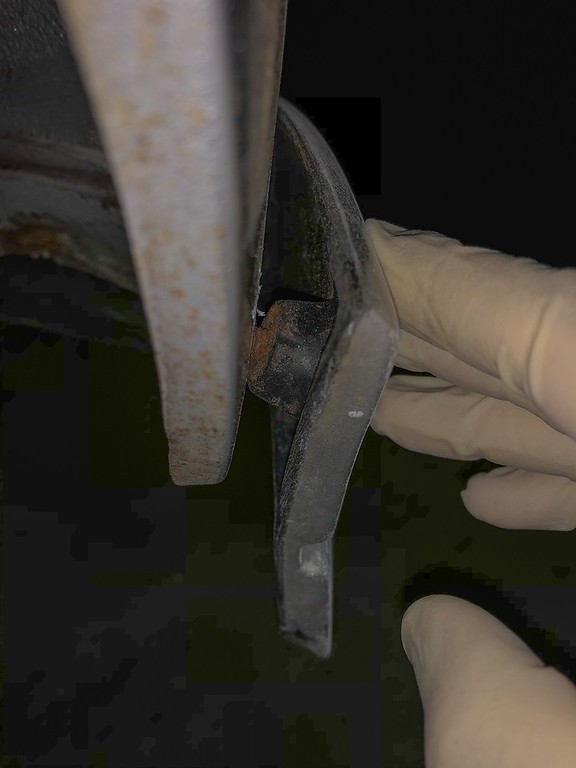 Looking at 320is photos online the spoiler looks flush and I think the gap looks sloppy. So I put my brave face on and cut the “spacer” down about 1/4″ with a Dremel. I didn’t want to go too far so I’m OK with a small gap. I’m also planning to have a small edge protector along the top. I was able to keep the cut square so I can maintain the angle.

For the missing stud I was able to match up the threads and length with a machine screw at the hardware store. Interestingly, all of the hardware is SAE standard, not metric. I suspect that since iS parts are available only in the US and not Europe, that some US shop handled the hardware.

The missing stud had broken off the spoiler. It was completely gone with just a hole left over. My plan was to install the new screw head-first into the hole and anchor it in epoxy. I used a two-part Bondo epoxy. The challenge was mixing the two parts and then loading it into the hole. After three seconds I could tell that wasn’t going to work so I squirted both epoxy parts into the hole, then mixed it with the screw head. That worked really well. I then mimicked the orientation of the opposite stud and kept checking it. It mixed and held fine but took longer to cure. Might have been the high temp that day or maybe it didn’t mix well. But I was at a point that I could leave it for a few days.

With the holes drilled and the spoiler test mounted I noticed a crack forming along an existing horizontal seam in the middle. This spoiler had probably hit something in the past. The crack would need to be filled in and secured so it doesn’t spread. 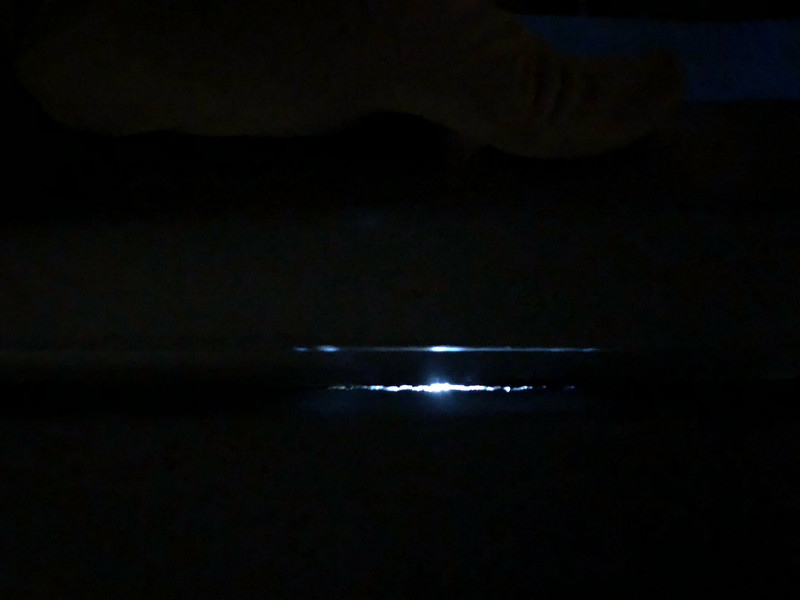 I used Bondo bumper repair because it’s designed to fill in the crack but remain flexible. Either this crack is too small or the Bondo is too thick. It went on OK but did not fill in very well. I laid thick heavy boards along the top to press the Bondo into the crack. I also repeated it on the front side. I’m sure it’s as good as it can be. But I expect it to crack again.

Time to sand and see about all of the pits and cracks. Again, more Bondo. I’ll admit this is where I am weakest. Bondo spreads easily and dries quickly. But my sanding didn’t work so well and I just ended up where I started. Seems like it needs several complete skim coats. But my patience is wearing thin. I just want to prime and paint.

I used the Bondo sparingly because this spoiler really needs a full skim coat on all the chips and dings. But I wanted to get this done and mounted because of all the painting and dry times. After Bondo, primer, and base coat I can tell I did a bad job. I think I should have sanded the Bondo more. It felt smooth but the edges are showing through. I did more sanding and painting but the Bondo areas still show. It looks good from 10 feet but not up close. It will have to do for now. I’m running out of time before the Saratoga show. But it’s not like a I can’t pull it off and re-paint later on. I might apply a strip of black vinyl along the bottom anyway. I really like the way this car looks:

New 13″ tires are installed and I loosely fitted the spoiler to the front. It’s super low!!! It’s not a surprise – my ride height is super low on H&R springs and 13″ wheels. I’m not at all wild about making it lower. But it looks mean and so good. And I know it will have 14″ or 15″ wheels in the future which will raise it somewhat. Switching from a 185/60-13 to a 225/50-15 will raise the ground clearance by a little over an inch.